What is eosinophilic granuloma complex? 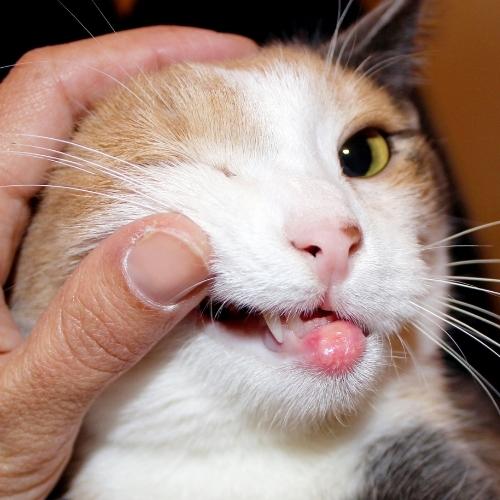 An eosinophil is a type of white blood cell that mainly specialises in defending the body against parasites and allergies. It is a tiny cell that moves around the body in the bloodstream, moving into tissue when an intruder is detected. Inside the cell are little pink granules, which are like little chemical bombs that are released onto the intruder in order to destroy it or render it inactive.

A granuloma is a collection of immune cells that change the structure of the tissue in which they accumulate. It is a symptom of inflammation and usually shows there has been a response to a foreign invader.

The cause of EGC is believed to be a response to an allergy, usually to fleas, other biting insects, food or environmental allergens. Studies have been done that suspect a genetic component is involved as well.

When the body detects an allergen – let’s say pollen – the immune system responds by sending an army of immune cells and other responses to get rid of the foreign invader. Think of hay fever when your sinuses swell up and your nose and eyes start to run. This is an inflammatory reaction in response to the pollen.

In the case of EGC, the body responds to an allergen by sending in eosinophils, which quickly infiltrate and surround the potential danger. When they arrive, they release their little toxic bombs that attract other immune cells and start an inflammatory reaction. What you see on the outside are red, raised, round to elongated areas that are warm and angry. The toxins from the eosinophil granules actually alter and coat the structure of the collagen in the tissue where the reaction occurs, which can cause permanent scarring.

The three forms of the condition look a little different, but can overlap.

In dogs EGC more commonly occurs in the mouth or on the belly. The breeds susceptible to it are huskies and cavalier King Charles spaniels, but it can occur in any breed.

There is a form of the disease seen in dogs and cats called eosinophilic furunculosis, which is caused by an allergic reaction to insect bites and stings. These look like lots of little raised areas surrounded by swelling. If left untreated, these bumps can progress to ulcers. They are most commonly seen around the eyes, nose and ears of long-nosed large breeds or curious terriers. This condition springs up quickly, usually after hunting or exposure to the outdoors when biting insects are out.

Can EGC be treated?

As the underlying cause of the condition is allergic, identifying the cause and removing the exposure to the allergy is the basis of treatment for affected animals. This often starts with flea treatment and possibly a hypoallergenic diet. Limiting exposure to the inciting allergen usually resolves the problem.

Some vets make use of allergen testing either through testing the skin or through bloodwork. The accuracy and usefulness of allergy testing, however, is somewhat controversial. While the source of the allergen is sought, your pet will likely be treated with corticosteroids in order to control the inflammatory response.  In cats this is often done with a long-lasting corticosteroid injection or with tablets. Depending on the extent of the damage, the vet will assess if antibiotics will also be necessary.

Other treatments include cyclosporin, interferon alpha and even gold therapy against chronic inflammation. Cyclosporin suppresses the immune response while interferon alpha prevents the activation and release of the toxic granules in eosinophils. EGC is usually a recurrent condition and some animals may require long-term management.

I think my pet may have EGC, what should I do?

If you are concerned about a red, angry spot on your pet, it is better to have it looked at by the veterinarian. Unfortunately there are other conditions such as cancers, lymphoproliferative conditions and even viral infections such as feline herpes virus that can look similar to EGC

The vet will perform a full physical examination and usually shave and clean the affected area before taking a sample. Sometimes a simple impression smear is sufficient for a diagnosis, but many cases will require a biopsy. A biopsy is a small piece of tissue removed from the affected area and sent to a pathology lab. The lab is able to look at the tissue sample and rule out other potential causes of red, raised lesions, such as cancer. This identifies the problem directly and can guide and tailor the vet’s treatment protocol.

What is the prognosis for pets with EGC?

The majority of pets diagnosed with EGC respond very well to medical management. The condition does tend to recur, however, which may mean intermittent treatment over the lifetime of your pet. There are occasional cases that are a little more complex and that require management by a veterinary dermatologist.